The OK Junior Open (the ‘Championship’) will be played in accordance with the Rules of Golf approved by R&A Rules Limited, the General Conditions of Competition and the Local Rules issued by the Championship Committee.

The Championship is a four-day tournament and will be decided by stroke play over four rounds of 18 holes. After 54 holes the leading 50% competing boys and all those tying, and the leading 50% competing girls and all those tying shall play a further 18 holes on the fourth and final day. The competitor with the lowest aggregate score over 72 holes will be declared the winner (boy and girl).

In the event that more than one competitor has the same aggregate score over 72 holes, a sudden death play-off will be played immediately after the final round on the 18th hole until a winner emerges. For all the other places, ties shall be decided by matching cards over the final 18, 9, 6, 3 or last hole(s) in that order and then over the 3rd , 2nd and 1st round.

Each competitor shall have the right to play a practice round prior to the Championship. It is mandatory to contact the caddie master to book a tee time.

Competitors are not permitted to practice on the Championship Course before or between rounds. Penalty for the first breach: general penalty. Penalty for second breach: disqualification.

In the event of a round being declared null and void due to inclement weather or other unforeseen circumstances, the Championship Committee reserves the right to derogate from the Rules & Conditions in order to reach a result within the time available.

The prize giving ceremony will take place, weather permitting, outside the club house, on the fairway of the 18th hole.

The Championship is open to amateur golfers of all nationalities. Entrants must be born on or after 1 January 2001 and must have a handicap of 5.0 (girls) or 3.0 (boys) or less. A valid handicap certificate or letter stating the correct handicap from the competitor’s home course must be handed to the Championship Committee upon arrival.

All entrants must fill out the entry form which can be accessed through the Championship website (www.junioropen.nl) on or around 1 May 2022 until entry closes on 1 July 2022, 17:00 CET. Facsimiles, emails, letters, print screens or the like will NOTbe accepted as proof of registration.

In the event the number of applications exceeds the available places, competitors will be selected in the following order:

The remainder of the starting field, if incomplete, will comprise of entrants in order of exact handicap.

In the event a competitor cancels:

The Championship Committee strives to replace cancellations with players of the same gender.

In case of a tie, the ranking shall be decided over the final 9, 6, 3 or last hole(s) respectively.

The entry fee for the Championship amounts to EUR 190,-. On our around 4 July 2022, the Championship Committee will select players competing in the OK Junior Open. A list of competitors will be posted on junioropen.nl/players/participants. Individual players will be informed end receive details on payment of the entry fee.

Entry fees are due by players selected to compete in the Championship and will not be refunded unless notification of withdrawal is received before 9 July 2022, except for any entrant who may be balloted out (by the Championship Committee) and who subsequently does not compete.

Scorecards will be handed out on the first tee.

A competitor must report to the 1st tee 10 minutes before his/her round commences.

Scorecards must be returned to the caravan (located next to the 18th green) promptly after finishing the round.

The Championship Committee reserves the right to rearrange and/or alter starting times.

The Championship shall be deemed to have closed when the trophy has been presented to the winner (boy and girl) as described under section 4, or, in the absence of a prize giving ceremony, when the Championship Committee has approved all scores.

A competitor shall not knowingly make use of any drug to enhance his/her performance. Attention is drawn to the list of proscribed drugs issued by the R&A before 1 July 2015. Any competitor infringing this condition or, if asked to do so, refusing to take a test, will be disqualified.

If a medical condition requires taking drugs as registered in the list of prescribed drugs issued by the R&A, a competitor is required to report this at the registration desk on July 12th supported by a medical waiver from a doctor.

Anyone selling alcohol is obliged by law to request identification as proof of age. Any competitor infringing this condition or, if asked to do so, refusing to take a test, will be disqualified.

Upon participating, competitor will indemnify and/or hold harmless Toxandria Golf Club, its members, Culinice Catering, its staff and all volunteers involved in the Championship for all costs, claims, demands or penalties in the event of infringement of Dutch alcohol laws.

- withdraws from the event after the players list has been published, or

- for whatever reason fails to appear on the tee at his appointed starting time, or

- having qualified to participate in the Championship but fails to do so,

Each competitor is responsible and liable for his/her own actions at all times. Both Toxandria Golf Club and the Championship Committee cannot be held responsible for competitor actions and/or behavior which results in insurance claims, prosecution or any other liability claim.

Caddies are allowed according to rule 10.3 but they must be born after 1 January 2001. All others are to maintain a reasonable distance from competitors during a stipulated round and refrain from influencing play.

Rule 4.2 note: The ball the competitor uses shall be named on the Current List of Conforming Golf Balls issued by the R&A Rules Ltd. Driving clubs must not have a characteristic time greater than 257 microseconds when measured on pendulum testing apparatus approved by R&A Rules Limited - see also Appendix II, 5a of the Rules of Golf. The "List of Drivers contrary to the driving club Condition", as published by the R&A Rules Ltd. is valid.

If the players club is broken or significantly damaged during the round by the player or the caddie, except in case of abuse, the player may replace the club with any club under Rule 4.1b. (model local rule G-9)

Competitors shall walk at all times during a stipulated round unless permitted by the Championship Committee to ride and be accompanied by an official.

The Committee will establish the maximum time allowed for the completion of 18 holes in the Championship. It is taken into consideration that the maximum completion time of each hole based on its length and difficulty. The "Maximum Times Allowed" Chart will be published and posted on the notice board.

In the absence of mitigating circumstances, a lengthy ruling or lost ball; unplayable ball; wrong ball, etcetera, a group is liable to be timed if it is in excess of the time allowed and in case of second or subsequent groups, out of position.

From the commencement of timing, if any competitor exceeds:

A competitor whose group is timed will have a bad time carried forward in the round even if the group subsequently arrives back in position or within time. Penalties for breach of condition are:

Signals used with the siren are:

If a competitor does not discontinue play immediately after one long continuous tone, he/she will be disqualified (note Rule 5.7). All practice areas shall be closed during suspension for a dangerous situation until the Championship Committee has declared them open for use.

The Championship Committee considers the following behavior, for which a player is penalized, as unnacceptable:

Penalty for breach of Code of Conduct:

Smoking, including electronic cigarettes, on the course and the practice facilities is strictly prohibited by players and their caddies.

23. Disputes and points not covered 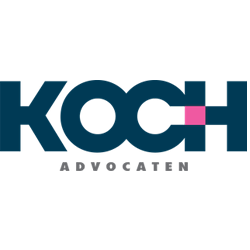 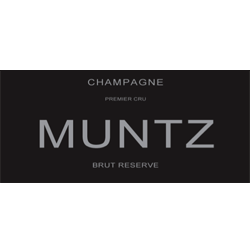 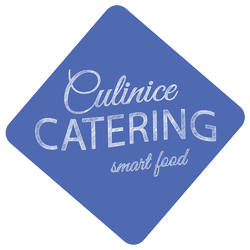 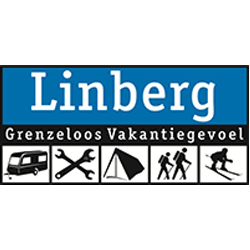